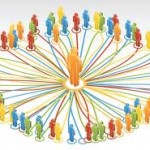 Community is at the Heart of the Good Life

Another major aspect of Greg’s Good Life is having a sense of community. I met Greg at an upscale wine bar and restaurant that was converted from an old industrial garage. He said he frequently stops by this place to visit with his neighbors. Even if one of his neighbors is not there, he feels that he will be able to have great conversations with anyone there because of his knowledge of many diverse things.

Greg wishes that he had the sense of community within his neighborhood like he saw on the TV sitcom Cheers. He knows that this is very hard to accomplish in a city like San Francisco where most people are very career-focused and usually do not have the time to build strong relationships with neighbors. Even though Greg knows that establishing community does not come easy for someone like him who lives in a fast-paced city, he keeps it a priority to cherish the time he does have with the friends who he is able to see on a frequent basis.

I asked Greg to elaborate more on what he has learned from having a career of giving back to society. He said that he has come to understand that philanthropy is hard work; it is not a matter of giving money to a great cause. Rather, it is something that must done with a passion because making a difference in today’s world is something that can only be accomplished with a willingness to being extremely devoted to creating a positive change.

Based on his emphasis on how the Good Life is found by constantly learning, it was not a surprise to learn that one of Greg’s favorite areas to give back to society is by supporting educational programs. He explained how he has supported many efforts to develop the STEM fields (Science, Technology, Engineering, and Math) throughout the world. However, he said it is his personal mission to add an additional A to the acronym to make it STEAM so that Art is a critical part of everyone’s education.

Greg has found that being open to artistic and creative activities has helped him in many avenues of life. Nowadays, Greg serves as an angel investor who awards money to young technology companies in exchange for a percentage ownership in the company. Like most angel investors, he meets prospective clients at coffeehouses to better know them and to learn more about their ideas. His favorite meeting spot is a boutique coffee bar on the roof deck of the San Francisco Museum of Modern Art (SFMOMA). He instructs these clients to meet him on the first floor where they precede to climb to the coffeeshop, passing by galleries of modern masters. By the time they are settled to talk business over coffee, they are in a creative and open mindset that makes for great conversation. 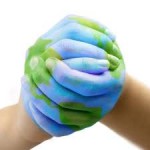 I’ve received a range of opinions on what makes up an excellent experience; examples have included things such as: surfing, spending time with friends and family, and having a religious experience. But there has been one thing that everyone has agreed upon – giving back to society and doing acts of kindness are experiences associated with the Good Life. For this reason, I wanted to introduce you to someone who’s an expert on charity and philanthropy.

Greg Miller is the former managing director of Google.org, the philanthropic foundation of the world’s largest Internet company. For five years, he found ways to leverage the company’s technology and resources to address some of the most difficult problems faced by society. He has since worked as an angel investor and as a consultant for companies that want to use their resources to support charitable work.

In addition to having a great knowledge of how to improve society, Greg has had a full life of running eleven marathons, climbing Mount Everest, learning how to play the guitar and mandolin, and traveling all over the world. After he shared with me about his impressive background, he invited me to his San Francisco home to share specific advice on what the Good Life means to him.

Greg’s home is a two-story loft tucked in a narrow alley in a hip San Francisco neighborhood. The loft could be described as a dream home for many living in San Francisco. It’s in quiet spot, yet it’s in a convenient location that is in walking distance of world-class restaurants, bars, and San Francisco’s baseball stadium. It comes furnished with all the latest technology gadgets and furniture. Greg even has a well-trained dog and cat to keep him company.

When I walked into his home, my attention was immediately drawn toward the beautiful photography that lined the brick walls. “Wow, these are amazing pictures. Did you take these?” Greg explained that he did take several of them, but many of the pictures were taken by a professional photographer he admired. They were symbolic to him because they depicted scenes from his former travels.

Greg does not display these stunning views to impress others with what he has done in the past. Rather, he likes having these photos as a constant reminder of all the beauty he has seen in his former expeditions. His stories of discovering sacred mountains in Nepal and encountering packs of wild horses in Chile’s Patagonia led to a discussion on his appreciation of photography.

Greg feels photography is the perfect “Good Life” activity because it forces one to use both sides of the brain to create something that represents beauty. Greg admits to becoming more of a left-brain individual after obtaining a law degree and working with technology companies that are mainly comprised of left brain engineers. However, he feels that he has a strong creative side, and he has recently found the Good Life in activities that use both his creative and analytical talents.

Greg explained how he uses his left brain to think about the precision and technical aspects of using technology to make a photograph. However, he must also use his right brain to imagine how to compose a shot that will convey something that words cannot describe.

Photography is just one of the many hobbies that Greg has taken up in recent years that have given him a fuller picture of the Good Life. In fact, he admits that keeping his mind active and constantly learning has been one of the “game-changers” that has led to him finding the Good Life.

He recounted that his first Good Life Crisis came about when he was in his twenties. He resolved to learn something new every year of his life. Since then, he has learned to fly fish, studied computer programming, become a licensed EMT, and even obtained a motorcycle’s licensee and rode one day with the Hell’s Angels.