Editor’s Note: With the hardback edition of the Good Life Crisis being released later this month, I thought I would include one of the chapters from this edition. Be sure to check back later in the week for the other two parts.

The ideals which have lighted me on my way and time after time given me new courage to face life cheerfully, have been Truth, Goodness, and Beauty. . . . The ordinary objects of human endeavor — property, outward success, luxury — have always seemed to me contemptible.
— Albert Einstein 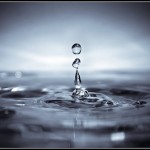 To continue my search for truth, I decided to visit the most logical place to find a wealth of knowledge – a university. I took several trips to Stanford University to see what students and professors of this well-respected school had to say about the Good Life. Though I got a wide range of opinions by conducting interviews around Stanford’s beautiful campus, the best insights that I received were from two individuals who were able to explain how the Good Life as both “an art and a science.”

Dr. William Hurlbut is a noteworthy physician who teaches in the Department of Neurobiology at Stanford. After receiving his undergraduate and medical degrees from Stanford, he completed postdoctoral studies in theology and medical ethics. His broad range of medical expertise led to an invitation to serve on the President’s Council of Bioethics before it was disbanded by the president.

Dr. Hurlbut’s daughter, Mary, followed her father’s footsteps by obtaining several degrees from Stanford. She has also used her degrees to teach. Mary’s expertise, however, is in art. Despite the differing allegiances between two very different academic fields, Mary and Dr. Hurlbut have come to have a similar understanding of the Good Life.

I first met Dr. Hurlbut while kayaking in Maryland. He was a keynote speaker for a conference that I was helping to organize. During our free time, he joined a fellow scientist and long-time friend in a two-person kayak, and I joined a NASA scientist, and we set off to explore the Chesapeake Bay.

I make note of our first meeting to highlight how Dr. Hurlbut is one of those “cool professors” who knows how to enjoy life with friends and family. After hearing that Mary is the favorite teacher for many of her students, I am assuming she possesses these same characteristics.

The Importance of Family
I was able to talk with Mary and Dr. Hurlbut one Friday night when Mary volunteered to babysit her younger siblings. Before Dr. Hurlbut and his wife left to catch a movie, I was able to listen to them talk about their Good Life views.
Mary made sure to introduce me to her three little brothers and sisters, who were all under the age of seven. In a sense, meeting these kids served as one of their answers to the Good Life question since having a close, loving family has been one of the top priorities of their lives.
Dr. Hurlbut specifically told me that his children mean more to him than any of his achievements in science and ethics. This led him to making the statement, “If you want to have children, don’t forget to have children before it’s too late.” He was referring to the fact that many of his colleagues and medical school students have gotten so busy with their careers and filling their lives with accomplishments and “excellent experiences” that they miss out on one of the true joys of life. Speaking from the perspective of a medical doctor, he has seen the difficulty of many women who want to start a family, but have waited until their fertility is declining due to age.