In Memory of Dallas Willard (Part 3 of 3) 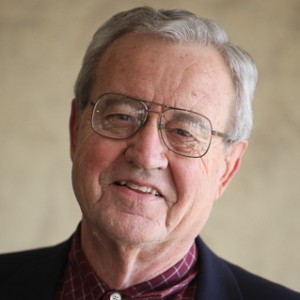 He said that I was correct, more specifically, the answer is the Sermon on the Mount. No other speech has had the same massive influence. Nearly every society of the Western world for the last 2,000 years has been impacted by its message and the actions it has inspired. This fact has helped him trust in the Bible to be a source of knowledge that guides him through life’s complicated paths. He believes that everyone, not just professors like himself, can be positively impacted by following its timeless truths.

Though Dallas’s ideas were more religious than most that I interviewed, I hope that they did not come across as if it were my attempt to preach on what faith you should ascribe to. What I was hoping to do with this entry is to show an answer to the Good Life question looking through a philosophical framework. I found it interesting that Dallas came to conclusion that life must have a spiritual component by examining it from his philosophical framework.

Superficiality is the curse of our age.  The doctrine of instant satisfaction is a primary spiritual problem.  The desperate need today is not for a greater number of intelligent people, or gifted people, but for deep people.

I  know the power obedience has of making things easy which seem impossible.